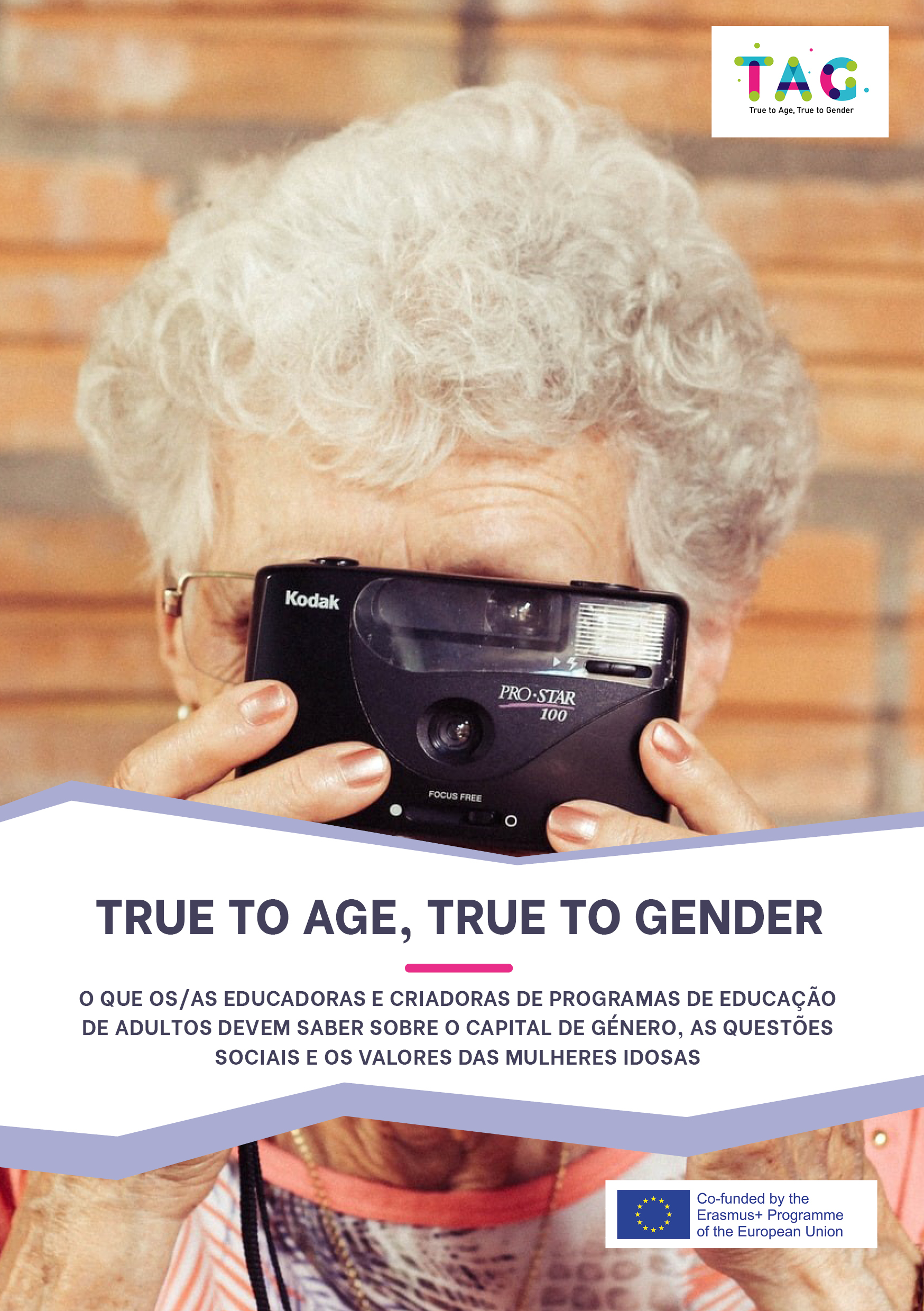 True to Age, True to Gender

True to age, true to gender, TAG is an Erasmus+ project co-funded by the European Commission. It deals with gender capital, contributed by female learners to programmes of older adult education. We will begin the Handbook by asking some essential questions. Are adult educators, who are involved in older adult education, ready to identify and include women’s gendered experience, their social issues, and their values into educational programmes they develop for them? Are adult educators aware of their duty to empower older learners in general and older female learners in particular? And if so, how can they demonstrate their willingness to do it? Finally, to what extent do gendered values, i.e. women’s values, overlap with fundamental and universal European values? Now, the educators’ task is not reduced solely to the transmission of disciplinary knowledge and their role is not limited solely to the facilitation of their learners’ learning. They should empower older leaners whenever possible by including their gendered capital in the programme, by addressing gender equality, by pointing at  old age and denigrating  social stereotypes about old age and gender. Adult educators are concerned with values and changing attitudes. In relation to social values, each society (European societies included) looks back upon its own history, deriving its own set of values from it. Adult educators should also remember that values are interconnected. If one of them is weak, the others become vulnerable as well. An example of this is poor gender equality in a country where male politicians make decisions about women’s bodies (interruption of pregnancy, to name one). Additionally, democracy is threatened when the government does not respect the rule of law. And peace is threatened when a large share of GDP is invested in weapons and military force, and a smaller amount is invested in education and science. Values have a great impact on decision-making, commitment, behaviour, actions and culture. Moreover, the experience of the project partners has shown that only few Europeans could name with certainty the most basic “European values,” those from which all other values of the European Union are derived. Additionally, values, be they individual or social, are not stable. On one hand, which women’s social values are important in today’s European societies and on the other hand how do basic European values (universal human rights; democratic principles; principles of the rule of law; separation of politics and religion; judgment based on reason, the human being as a measure of all things) meet them? Today’s Europeans think and act in a humanistic manner, i.e. rationally, secularly, by observing the rule of law, democratically and respectfully protecting human rights. But, are basic European values and rights applied equally to men and women? Women’s values can be supported by discussing the issues affecting their gender. Thus, those issues are the topics of the modules of this Handbook and those of a corresponding True to Age, True to Gender blended course for adult educators. Each Module has a short, catchy title followed by a longer subtitle. Furthermore, each module begins with an introduction explaining the topic of the module, its objectives and its meaning. This is followed by the titles of three units under the heading Module in a nutshell. Adult educators and older learners are systematically challenged to identify important theses in the Module and discuss them. There are seven modules and two annexes in this Handbook, all written in English. Only the modules will be translated into the different national languages. 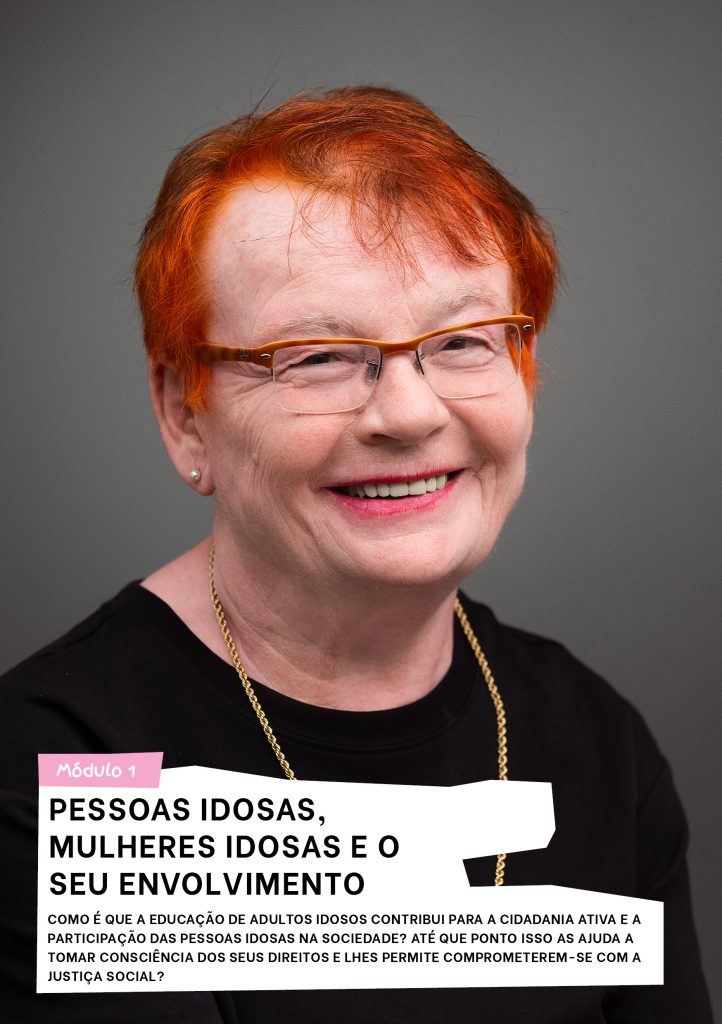 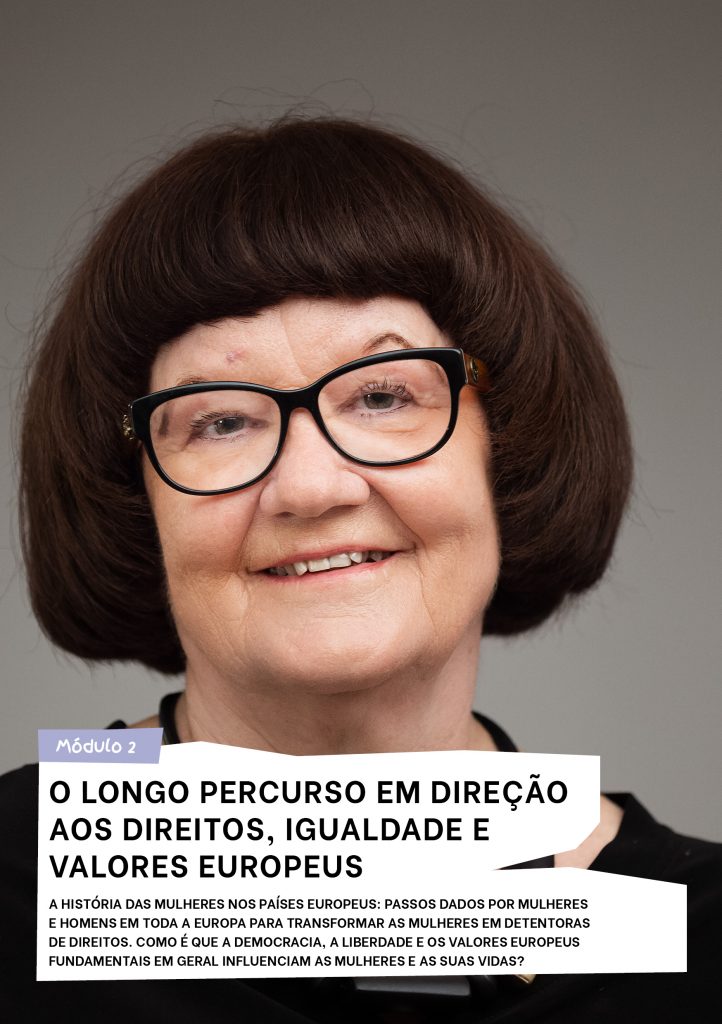 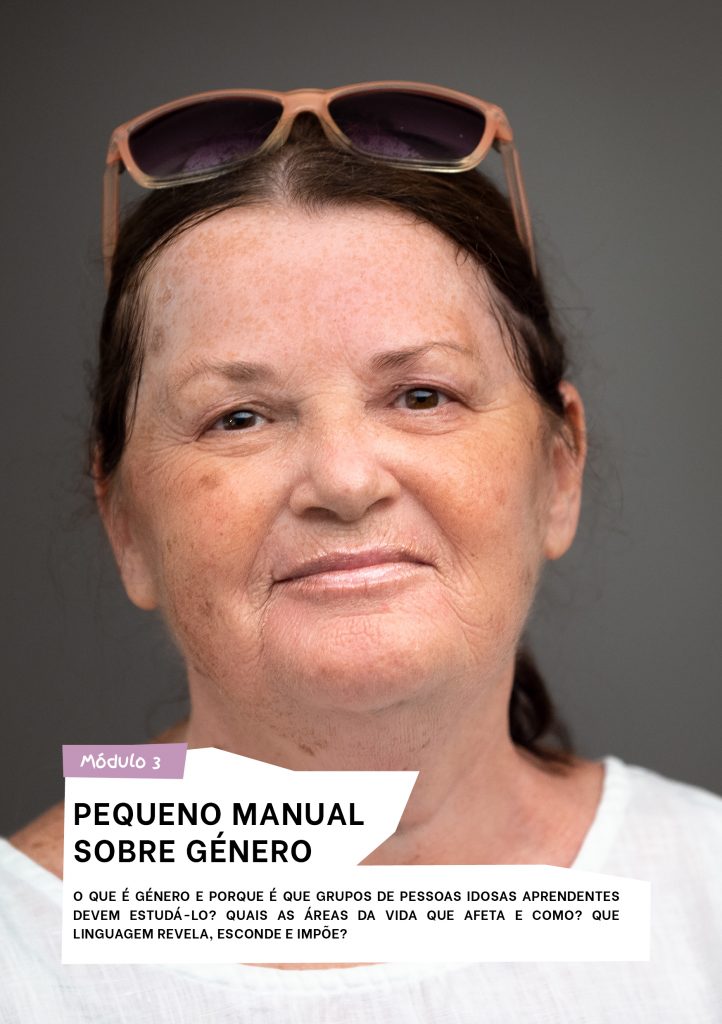 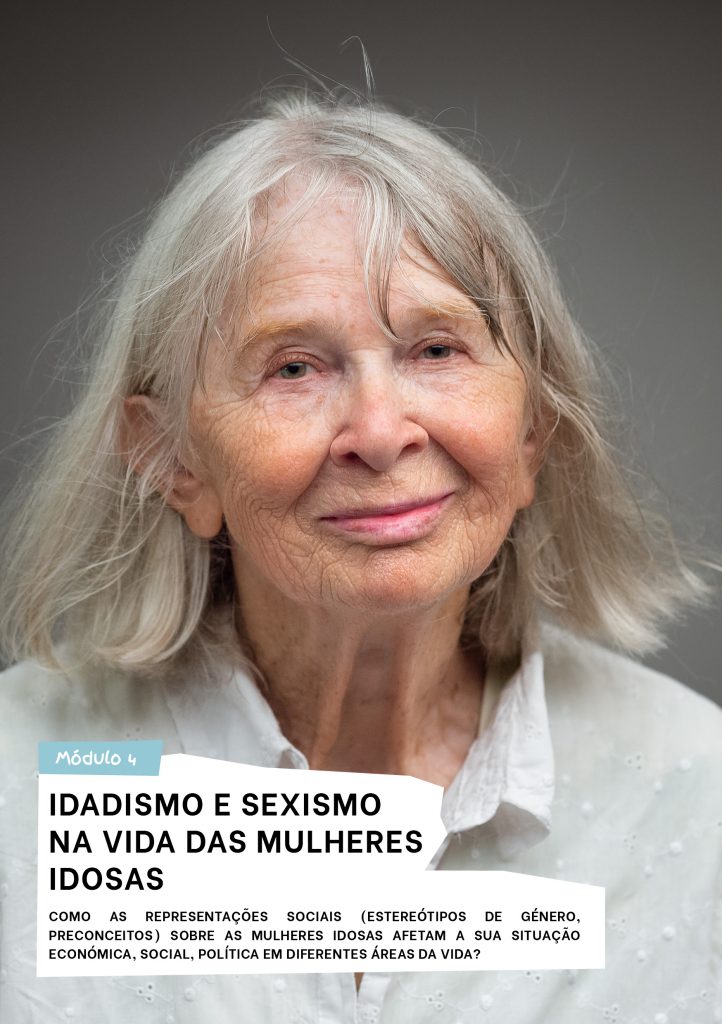 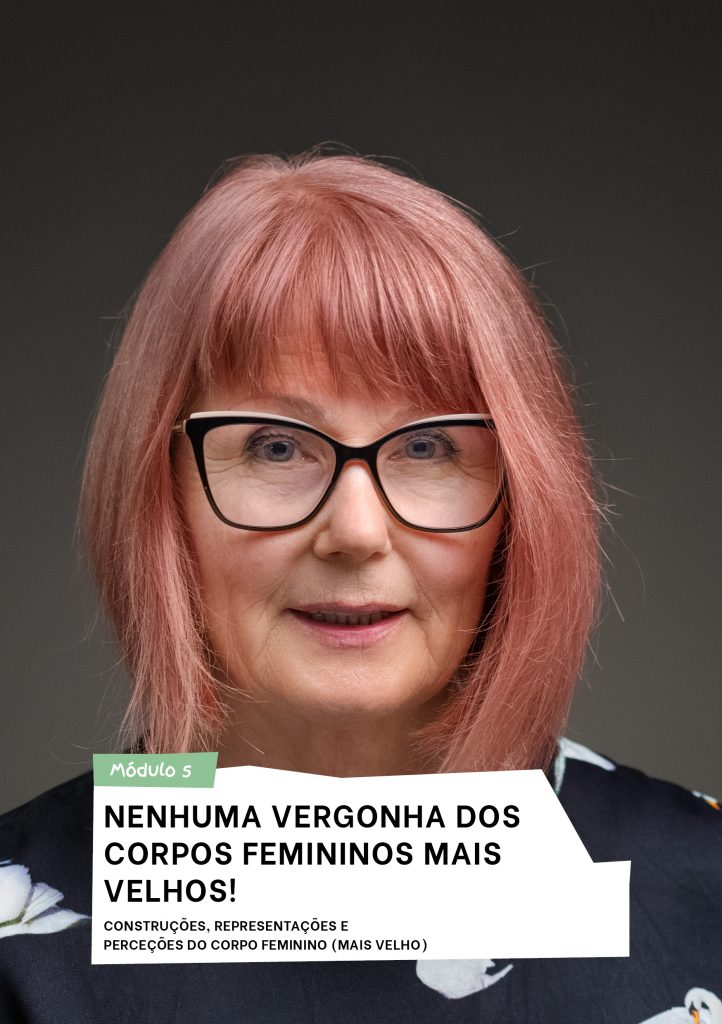 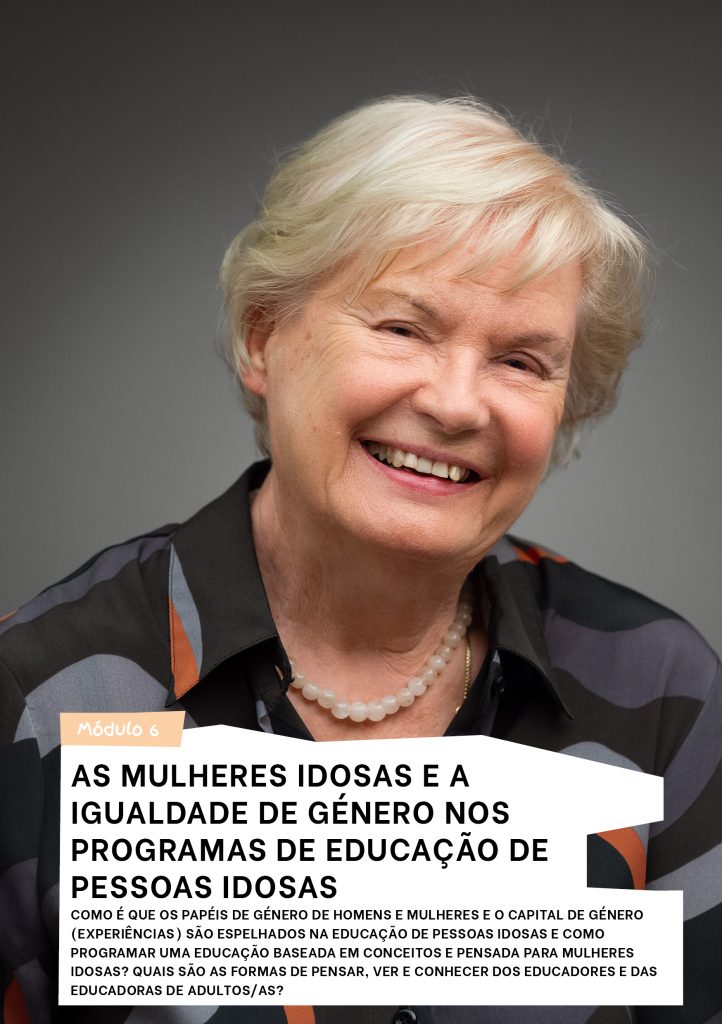 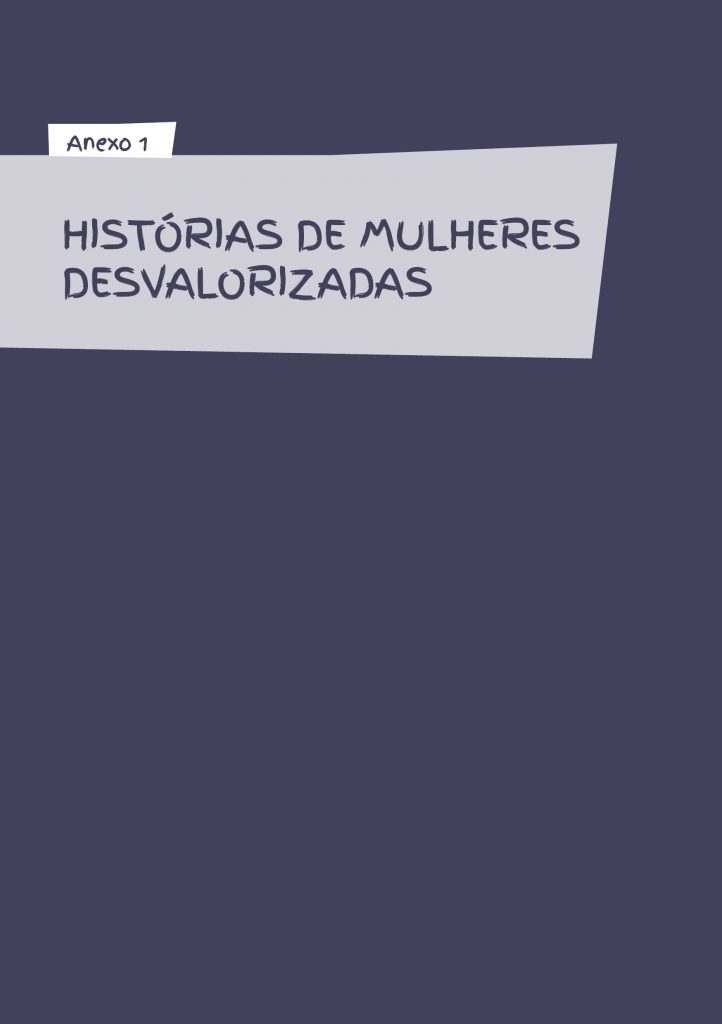 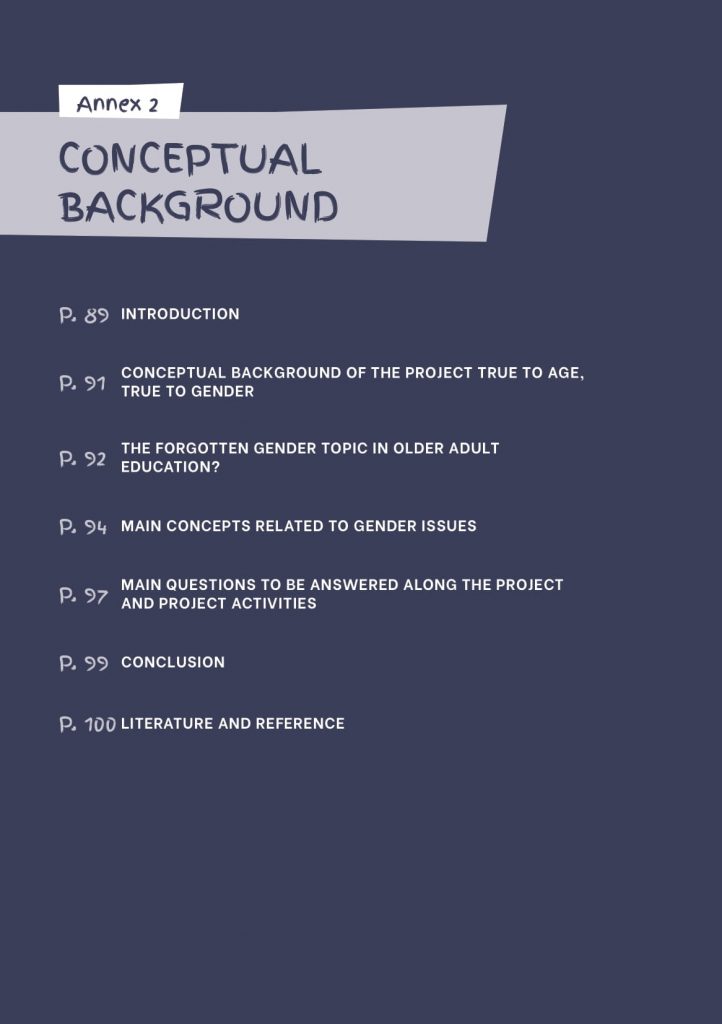