The progress of knowledge takes place because we can rely on the work of the great geniuses that preceded us. 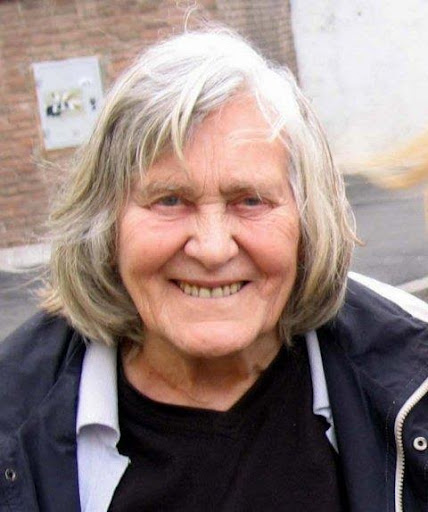 Born in Florence in 1922, Margherita Hack’s father Roberto Hack was a Florentine bookkeeper of Protestant Swiss origin. Her mother, Maria Luisa Poggesi, a Catholic from Tuscany, was a graduate of the Accademia di Belle Arti di Firenze and a miniaturist at the Uffizi Gallery. Both parents left their religion to join the Italian Theosophical Society, for which Roberto Hack was secretary for a time under the chairmanship of the countess Gamberini-Cavallini.

An athlete in her youth, Hack played basketball and competed in track and field during the National University Contests, called the Littoriali under Mussolini’s fascist regime, where she won the long jump and the high jump events. She married Aldo De Rosa on 19 February 1944 in the church of San Leonardo in Arcetri. De Rosa had been one of her childhood playmates.

Hack attended the Liceo Classico “Galileo Galilei” in Florence, and later in 1945, she graduated in physics from the University of Florence with a test score of 101/110. Her thesis in astrophysics was on Cepheid variables, based on her studies in the Arcetri Observatory.

In Italy, Hack was known for her anti-religious views and her continual criticism of the Catholic Church and of its hierarchy and institutions. She was a vegetarian and wrote a book explaining this choice entitled Perché sono vegetariana (Why I Am a Vegetarian). She also wrote a book entitled La mia vita in bicicletta (My life on a bicycle).

She supported animal associations with donation and rehoming cats and dogs.

Hack died on 29 June 2013 at 91 years old. She had been hospitalized for a week for heart problems, from which she had suffered for about two years. She had refused to have heart surgery.  Hack left her personal library, containing 24,000 books on astronomy, to the city of Trieste.

She was full professor of astronomy at the University of Trieste from 1964 to the 1st of November 1992, when Hack was placed “out of role” for seniority. She has been the first Italian woman to administrate the Trieste Astronomical Observatory from 1964 to 1987, bringing it to international fame.

Member of the most prestigious physics and astronomy associations, Margherita Hack was also director of the Astronomy Department at the University of Trieste from 1985 to 1991 and from 1994 to 1997. She was a member of the Accademia Nazionale dei Lincei (national member in the class of mathematical physics and natural sciences; second category: astronomy, geodesic, geophysics and applications; section A: astronomy and applications). She worked at many American and European observatories and was for a long time, a member of working groups of ESA and NASA. In Italy, with an intensive promotional work, she obtained the growth of activity of the astronomical community with access to several satellites, reaching a notoriety of international level.

Hack has published several original papers in international journals and several books both of popular science and university level. In 1994, she was awarded with the Targa Giuseppe Piazzi for the scientific research, and in 1995 with the Cortina Ulisse Prize for scientific dissemination.

In 1978, Margherita Hack founded the bimonthly magazine L’Astronomia whose first issue came out in November 1979. Later, together with Corrado Lamberti, she directed the magazine of popular science and astronomy culture Le Stelle.

Margherita Hack was also known for her activities outside of science, especially in the social and political fields.

She was an atheist and she did not believe in any religion or form of supernaturalism. Hack also believed that ethics does not derive from religion, but from “principles of conscience” that allow anyone to have a secular view of life, respectful of other people’s individuality and freedom.

Hostile to any form of superstition, including pseudoscience, Hack was a scientific guarantor of CICAP since 1989 and an honorary president of the Union of Rationalist Atheists and Agnostics (UAAR). In 2005, she joined Luca Coscioni Association for the freedom of scientific research. She has been a member of the Transnational Radical Party.

Hack stood for Italian regional elections of 2005 in Lombardy in the list of the Party of Italian Communists obtaining 5,364 votes in the province of Milan. [22] After the election, she gave her seat to Bebo Storti. She sided again with the Party of Italian Communists in the 2006 Italian general election. She was nominated for several districts of the Chamber of Deputies, but she decided to give the seat up to devote herself to astronomy.

On 22 October 2008, during a student demonstration in Piazza della Signoria in Florence, Hack gave a lecture on astrophysics touching on the experiments carried out at the CERN about the Higgs boson, after a discussion against the law 133/08 (which previously was the law-decree 112, called “Tremonti decree”). On the 21st of January 2009, she became a candidate of the Anti-capitalist List for the European Elections of June. She was not elected because the list did not reach the 4% threshold. In November 2009, through an open letter on the MicroMega magazine, she criticized the Italian President of the Council, Silvio Berlusconi, on the matter of legal actions in which he was involved in and his alleged attempt to elude them.

During the regional elections of 2010, Hack was running with the Federazione della Sinistra and she was elected in the Rome district with over 7000 votes. During the first Council meeting, she resigned, leaving the seat to the other list’s candidates. In October 2012, she declared her endorsement for Nichi Vendola during the left wing primary elections.

Biography (some of her masterpieces)

Artemisia Gentileschi (July 8, 1593 – c. 1656) was an Italian Baroque painter. Artemisia is considered among the most accomplished seventeenth-century artists, initially working in the style of Caravaggio. She was producing professional work by the age of fifteen. In an era when women had few opportunities to pursue artistic training or work as professional artists, Artemisia was the first woman to become a member of the Accademia di Arte del Disegno in Florence and she had an international clientele. 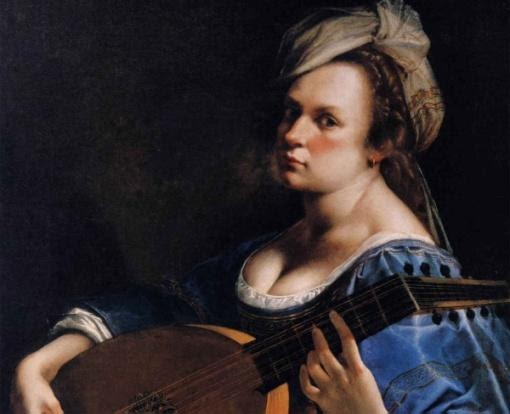 Many of Artemisia’s paintings feature women from myths, allegories, and the Bible, including victims, suicides, and warriors. Some of her best-known subjects are Susanna and the Elders (particularly the 1610 version in Pommersfelden), Judith Slaying Holofernes (her 1614–1620 version is in the Uffizi gallery), and Judith and Her Maidservant (her version from 1625 is in the Detroit Institute of Arts). Artemisia was known for being able to depict the female figure with great naturalism and for her skill in handling colour to express dimension and drama.  Her achievements as an artist were long overshadowed by the story of her rape by Agostino Tassi when she was a young woman and her participation in the trial of her rapist. For many years Artemisia was regarded as a curiosity, but her life and art have been re-examined by scholars in the twentieth and twenty-first centuries, and she is now regarded as one of the most progressive and expressive painters of her generation. Now she is being given recognition for her talents alone and major exhibitions at internationally esteemed fine art institutions, such as the National Gallery in London.

She had an early life period, during which she was influenced by her father style, come directly from Caravaggio. Her earliest surviving work, by seventeen-year-old Artemisia, is the Susanna and the Elders (1610, Schönborn collection in Pommersfelden). The painting depicts the Biblical story of Susanna. The painting shows how Artemisia assimilated the realism of and effects used by Caravaggio without being indifferent to the classicism of Annibale Carracci and the Bolognese School of Baroque style.

As an artist, Artemisia enjoyed significant success in Florence. She was the first woman accepted into the Accademia delle Arti del Disegno (Academy of the Arts of Drawing). She maintained good relations with the most respected artists of her time, such as Cristofano Allori, and was able to garner the favour and the protection of influential people, beginning with Cosimo II de’ Medici, Grand Duke of Tuscany and especially, of the Grand Duchess, Christina of Lorraine. Her acquaintance with Galileo Galilei, evident from a letter she wrote to the scientist in 1635, appears to stem from her Florentine years; indeed, it may have stimulated her depiction of the compass in the Allegory of Inclination.

Her involvement in the courtly culture in Florence not only provided access to patrons, but it widened her education and exposure to the arts. She learned to read and write and became familiar with musical and theatrical performances. Such artistic spectacles helped Artemisia’s approach to depicting lavish clothing in her paintings: “Artemisia understood that the representation of biblical or mythological figures in contemporary dress… was an essential feature of the spectacle of courtly life.”

Other significant works from this period include La Conversione della Maddalena (The Conversion of the Magdalene), Self-Portrait as a Lute Player (in the collection of the Wadsworth Atheneum Museum of Art), and Giuditta con la sua ancella (Judith and her Maidservant), now in the Palazzo Pitti. Artemisia painted a second version of Judith beheading Holofernes, which now is housed in the Uffizi Gallery of Florence. The first, smaller Judith Beheading Holofernes (1612–13) is displayed in the Museo di Capodimonte, Naples. Six variations by Artemisia on the subject of Judith Beheading Holofernes are known to exist.

She spent time in Rome, Naples and also in London where he helped her father to decorate a ceiling allegory of Triumph of Peace and the Arts in the Queen’s House.