ELENA MASERAS, FIRST WOMAN TO STUDY MEDICINE IN THE UNIVERSITY OF BARCELONA

Nowadays, women outnumber men in universities: 58 per cent of those enrolled are women. This data does not surprise us now, but getting here has not been easy. As in many other spheres, women could not attend University until a little over a century ago.

Since its origins, university classrooms only welcomed men, but in the face of the struggle of equality for women, in the middle of the 19th century, some European universities decided to accept women in all university studies on equal terms with men. The universities of Paris and Zurich were the pioneers.

Despite the prohibitions, some women managed to sneak into classrooms, even if they had to do so dressed as men (Concepción Arenal).

Elena Maseras, born in 1853 in Vilaseca, Spain, did not want to disguise herself to enrol in the University of Barcelona. She was raised in a family of doctors, and since her childhood she was drawn to medicine and decided to follow in her family’s footsteps.  She longed to study medicine during a time when university was closed for women. Despite the great challenges she faced, she finished her Bachelor of Arts.

After requesting to enrol in the University, the King of Spain, Amadeo de Saboya, granted her a Royal Order in 1872 that allowed her to enrol to study medicine at the University of Barcelona.

That permission allowed Elena to pursue the degree on a private basis, but did not allow her to attend classes. In 1875, Professor Narciso Carbón admitted her to his classroom and thus she began in-person classes. Despite being well received by her male companions, Elena could not sit beside them; she had to occupy a special seat on the platform next to the teacher.

In 1878, she concluded her studies and requested to take the licensure exam. The Ministry of Public Instruction took just over 3 years to grant her permission. Tired of bureaucratic obstacles, Elena Maseras decided to redirect her career towards teaching, working as a teacher in the town of Villanova i la Geltrú (Catalonia) and later in Mahón (Menorca) where she taught at the first public school for girls.

While she was teaching, Elena also wrote for a Republican and Democratic newspaper called “El Pueblo”. Her articles covered health, culture, and leisure topics.

Meanwhile, small steps were taken for the integration of women in the university world. Thus, in 1888, the entry of women into the University as private students was allowed, but it required the authorization of the Council of Ministers for their registration as official students.

Only on 8 March 1910, through a Royal Order of the Ministry of Public Instruction, women enrolment was authorized under the same conditions as men—without special permits and allowing them to attend classes. In addition, a few months later, the qualification for professional practice was recognized. During the first year, 21 women enrolled in the university.

Elena Maseras could not be a witness to it; she had died five years earlier. She was only 52 years old, but her name occupies a place of honour among the brave women who fought for equality between men and women.

Juana of Castile was also known as Juana La Loca or ‘Juana the Mad.’ She was the older sister of Catherine of Aragon, the queen of England during her marriage to Henry VIII of England. Juana married Philip the Handsome when she was sixteen and had six children.

Juana was smart and possessed a high level of education. She was fluent in Castilian, Leonese, Galician-Portuguese, Catalan, French and Latin. She enjoyed hunting and hawking, dancing and playing a variety of instruments, including the clavichord, the guitar and the monochord. 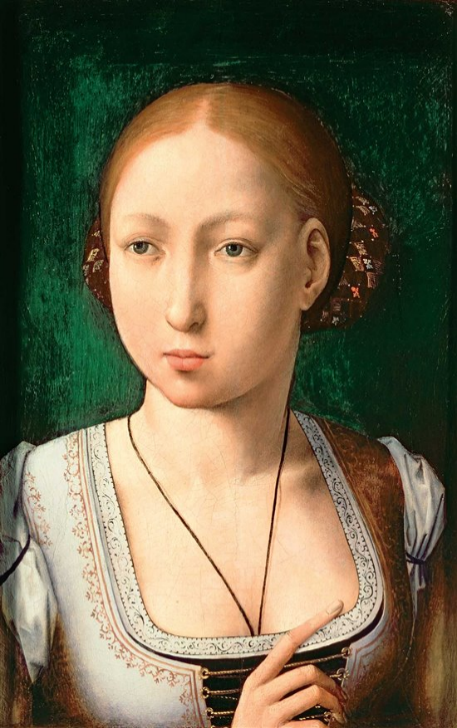 In her teens, she began to question the Catholic faith.  Her mother, Queen Isabella I, reportedly tortured her as a punishment for her scepticism. While harsh, it is not surprising given that one of Isabella’s greatest life achievements was the Inquisition.

Juana was thrust to the front of the line to the throne when many of her family members died. First, her brother Juan died, leaving no living children, and then Juana’s sister Isabella died after giving birth to her son Miquel, who died on his second birthday.

So why was she nicknamed ‘Mad’?

In 1504, she began to show signs of mental instability. (A psychologist might point out that she began to experience mental problems the same year that her mother, both a source of love and intense pain, passed away.)

Juana had trouble sleeping and eating, and to avoid loneliness, she yearned to join her husband in his travels. When she was prevented from doing so, she would become enraged.

Another source of anger for Juana was her husband taking multiple mistresses.

The most notorious of her outbursts was when her husband died, and she travelled with his body form Burgos to Granada while she was pregnant. Upon arrival, she opened her husband’s casket to hug and kiss him.

Before his death, Philip, wishing to seize the Crown of Castile, spread rumours about Juana’s insanity, potentially blowing them out of proportion, being supported by Ferdinand II of Aragon, attempting to prevent Juana from reigning thus avoiding that the crown fell into the hands of Philip, due to the significant enmity between father-in law and son-in-law.  Juana’s son Charles became the Holy Roman Emperor and sent Juana to a convent where she would live out the rest of her life until she died at age 75.

That ended the long and tragic life of Juana the Mad. Without a doubt, the nickname can be understood taking into account her personal circumstances, marked by the loss of her loved ones, as well as continuous deceptions of her husband, whom she loved with devotion and whose death led to a serious emotional crisis of Juana.

There are scholars who have argued that Juana’s “madness” was due to a political conspiracy favoured by her father and her husband, who had political aspirations to govern and possess the absolute power of Castile. Some even affirm that her temperament was due to a way of making herself heard in a world dominated by men and thus reaffirming herself as a woman. This approach would make Juana a clear example of all those intelligent women who have been unfairly excluded from power just for the simple fact of being a woman.